Grace Assembly Church of God has a diverse array of staff members. Our church staff is experienced, and cares about reaching our community and the world for Jesus Christ. The members of our church staff come from a variety of diverse places and backgrounds. Through our various ministries and outreach programs, we hope to have a positive impact on Jesup and all of its surrounding towns. We aspire to be a lighthouse in Wayne county.

The church staff here at Grace very much want to provide a sanctuary for the lonely, those who may wish to develop new friendships, and a place for all to fellowship. If you visit with us, we hope that you receive favor. We want you to grow in your spiritual life and your personal life. We feel that it is our duty to serve people as well as the Lord. It is important to us that every guest feels welcome at our church. We want people to feel respected, and to know that they are a blessing to share worship time with. If you enjoy being in a friendly, open environment, we encourage you to join us for any of our worship services. Know that you are special to God, and you are also special to us. 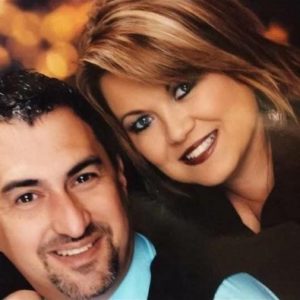 Pastor Dale Bange has served as Senior Pastor of Grace Assembly of God in Jesup since 2012. He holds a Certification of Ordination from The General Council of the Assemblies of God. Pastor Dale is a native of Hinesville, Georgia, and his wife Amy is a native of Jesup. They have been married since 1994. Pastor Dale has a burning desire to reach people through outreach, discipleship, and missions.

Nathan (Nate) and Megan Jones are currently serving as Young Adult/College Age Pastors. Megan grew up attending Grace Assembly of God Church and served as music pastor for 2 years while in high school. After graduating from Wayne County High School, she went to Master’s Commission USA in Phoenix, AZ, 2007-2008, where she served in the worship/music department at Phoenix First Assembly of God, which is now known as Dream City Church. In 2008, Master’s Commission USA moved to Dallas, TX, where Megan and the other students were instrumental in planting Relevant Life Church under the direction of Pastor Lloyd Ziegler. In 2009, Megan moved to Clearwater Florida to serve with Clearwater Master’s Commission at Clearwater Assembly of God Church until July of 2011. 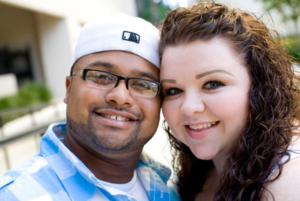 Nate and Megan served as Associate Pastors at Living Hope Family Worship Center in Florahoma (Palatka) Florida from August 2011 – June 2012. They then moved to Jesup, GA, where they served as Youth Pastors from December 2012 – January 2014 at Turning Point Worship Center.

They began serving as Youth Pastors at Grace Assembly of God Church in Jesup, GA, in July, 2014. In June 2016, Megan took the position of Worship Pastor and is presently serving in this position.

As Grace Assembly of God Church has grown and the youth matured and graduated from high school, the need for a Young Adult ministry was apparent. After much prayer and consideration, in July, 2017, Nate and Megan stepped down as Youth Pastors and assumed the position of Young Adult Pastors for Grace Assembly of God. We are proud to have them on our church staff.

Mary has served in full time ministry since the fall of 2006. Mary graduated from Clearwater Masters Commission after 3 years in 2010. Clearwater Masters Commission is an intense discipleship ministry school that equips their students through hands-on ministry work. In 2011, she moved to Lafayette, Louisiana to be mentored by Crossroads Church Children’s Pastor, Pastor Marty Hoey. For the next 5 years, she worked alongside Marty and his wife Anna Hoey. Mary wanted to learn the ins and outs of Children’s ministry. Now Mary is the Children’s Pastor over Kingdom Kids at Grace Assembly of God in Jesup, Ga. We plan several events throughout the year that are geared to families in our community and so much more. 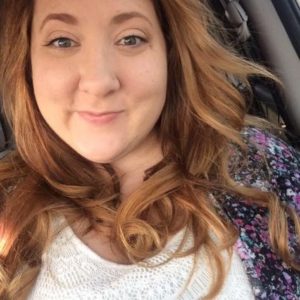 Right now Mary is working on her Credentials with the Assemblies of God. She will begin her Internship with the GSOM this fall. She hopes to be finished with her credentials by 2018. Mary loves writing, playing piano, going to the movies, and spending time with her Kingdom Kids. Mary is an esteemed addition to our church staff here at Grace.

Secretary Beth Thomas was raised in Wayne county, and is married to Michael Thomas, also of Wayne county. They have one daughter, 3 grandchildren, and 3 great grand children. Beth and Michael have been members of Grace Assembly since 1982. She has been secretary since 1999. For the time that Beth has been part of our church staff, she has been a blessing to us.